Condoms come in many different shapes and sizes so care needs to be taken to get the right kind for you. Some condoms are available lubricated, unlubricated, powdered and unpowdered, flavoured, ribbed and shaped for pleasure. Condoms are also available in non-latex versions for people who are allergic to latex.

When purchasing condoms take care to check they have been tested to quality standards as some condoms are made for novelty purposes only and are therefore likely to break or fail during sexual activity.

Condoms can also go out of date so before using a condom make sure to check the date on the foil wrapper. If it is out of date do not use it. A condom that is out of date is much weaker and much more likely to break during sexual activity.

A condom must be thrown away after use as they are intended for single use only.

Condoms can be bought from chemists, supermarkets, online and from some corner shops. The can also be purchased from the bathrooms in some pubs/clubs.

If you have a medical card condoms can be supplied free from the Irish Family Planning Clinic. GOSHH supplies condoms for free for anyone who wants them (subject to availability).

Whilst the condom is one of the most effective ways to protect yourself from HIV transmission and most Sexually Transmitted Infections, it only does so if used correctly. Below is an illustrated example of how to use a condom.

Prior to opening a condom, check the expiry date to ensure the condom is in date, check that it has been electronically tested by checking for either the CE mark or the British Kite Mark and finally ensure that the condom wrapper has not been pierced/damaged in any way. Condoms can be easily torn by sharp fingernails and/or jewellery so extra care needs to be taken when handling condoms. 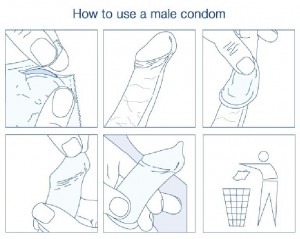 To open a condom, tear one corner of the foil along the serrated (jagged) edge and squeeze the opposite end which will push the condom out of the wrapper allowing you to easily grab hold of it. 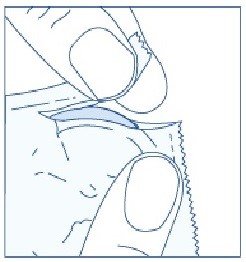 You or your partner can put on the condom. However, it should only be put on when the penis is erect and before the penis has been in contact with the vaginal/anal area. If foreskin is present, pull it back to expose the head of the penis to prepare the penis for the condom. 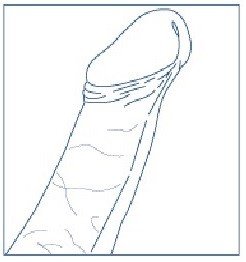 Ensure that you have the condom the right way up by checking that the roll of latex is on the outside of the condom, if you place the condom on your fingertip it will resemble the top of a babies bottle. Hold the teat of the condom firmly between your thumb and forefinger to ensure that as much air as possible is removed – excess air trapped in the condom could cause the condom to break 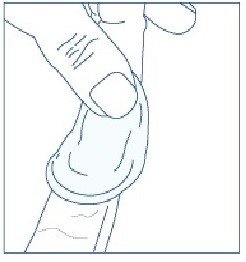 Whilst firmly holding the teat with one hand, use your other hand to carefully roll the condom down to the base of the penis. 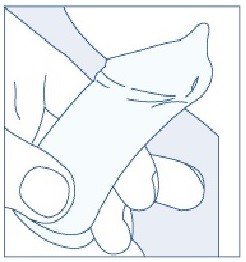 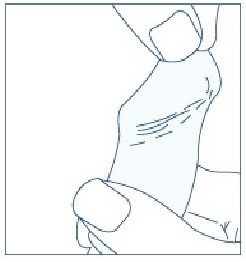 If the condom gets stuck or does not roll down easily you may have it the wrong way around. If this is the case, dispose of this condom and start again with a new condom.

If you wish to use lubricant, only use water based lube which you can get from the GOSHH and/or commercial stores. Lubricant adds extra wetness during sex and also helps to keep a condom cool during prolonged periods of sex. If you are having prolonged periods of sex, it is recommended that you change the condom after 30 minutes of use in order to reduce the risk of breakage.

During sex, visually check to ensure that the condom remains at the base of the penis and does not roll up the shaft. If the condom starts to move up the shaft simply use your hand to roll it back down to the base, a condom should have extra length to aid this. If the condom manages to come off you will need to use a new condom. Condoms are designed for single use and should NEVER be used more than once.

Soon after sex, withdraw your penis taking care that you do not spill any contents by holding the condom firmly in place at the base.

When your penis is completely withdrawn, remove the condom keeping both the penis and the condom away from your partner’s body.

Always dispose of a condom hygienically and with care. Wrap the condom in a tissue and dispose of it in a bin. 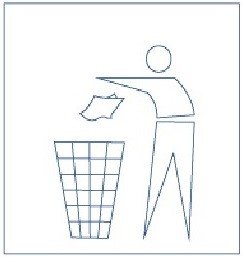 Do not throw a condom down the toilet as it is likely to float and if it does flush will potentially block the sewerage system.

Do not tie a condom in a knot as it allows some bacteria and/or viruses to remain alive and causes the condom to swell like a balloon.

If you have any further questions about using condoms please feel free to contact our contact us or drop in to the project.