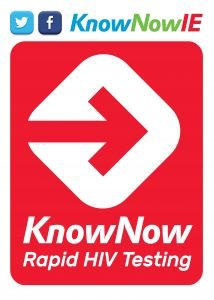 GOSHH – a Limerick based charity today were part of the team that launched KnowNow Ireland’s first national free rapid HIV testing programme. The pilot scheme is coordinated in different parts of the country by GLEN (Dublin), The Sexual Health Centre (Cork) and GOSHH (Limerick).

The testing is community based and will be provided by a team of community volunteers in a variety of non-clinical venues in Dublin, Cork and Limerick. In Limerick, this will include the GOSHH Centre located at 18, Davis Street, Limerick.

KnowNow, is an exciting and innovative new approach to enabling more people to know their HIV status. If people have HIV then the earlier they become aware of their status the better it will be for their long term health outcomes. In addition, most HIV is transmitted by people who are unaware that they have HIV, so early diagnosis can further reduce onward transmission rates.

Ann Mason, GOSHH Manager said “We are particularly excited about the launch of KnowNow and look forward to partnering with GLEN and the Sexual Health Centre. One of the goals of KnowNow will be that everybody living in the Mid-West will get to know their HIV Status and be aware of Sexual Health Services within their locality. These days HIV is a treatable infection and the sooner someone living with HIV accesses treatment, the sooner the medication will reduce their viral load to undetectable. It is also important to encourage people to openly discuss their HIV Status with their sexual partner.”

GOSHH have been providing Rapid HIV tests for the last four years but this pilot scheme sees a national approach to Rapid HIV testing for the first time. By making the test free of charge it removes the barrier of cost which was sometimes a factor in people not testing for HIV>

Rory O’Neill (Ms Panti Bliss) helped launched the project highlighting the importance of making testing easier saying “There is still far too much stigma around HIV and knowing your HIV status. As part of tackling that stigma we need to provide opportunities to test for HIV that are convenient, affirmative and that are provided how, when and where is most appropriate for the people we are encouraging to test. Pantibar are delighted to support the project and have testing take place in our bar”

The funding for the project was announced by Minister for Health Leo Varadkar TD at the recent launch of Ireland’s first National Sexual Health Strategy. This is the first time that a nationally co-ordinated approach has been developed to improve the sexual health and wellbeing of the population. The Strategy will run from 2015-2020 and an Action Plan for 2016 has been drafted to ensure that work starts immediately.

Minister Leo Varadkar stated “I really welcome the launch of this pilot service and I’m delighted that the Department of Health has provided €150,000 to support it. The one-year pilot will offer a mix of on-site testing in workplaces, bars and other hubs. This is a significant development in promoting safer sexual health, and compliments services already underway in Cork and Limerick.”

To make an appointment for a Rapid HIV test please contact GOSHH on 061 314354 or email support@goshh.ie